– Outbreak in all areas of Indonesia.
– Prevalence in 2017 from 3% to 15% according to areas
– Outbreak mostly in high density farming (>150 PLs/m2)
– Doubts on causes but hepatopancreas damage clear
– All shrimp size affected, with outbreak also seen early in the crop
– No effect of salinity
– No effect of season

Use and properly store quality feed from trusted supplier

No evidence of link between gregarines and white faeces

– Vietnam (Sriurairatan et al., 2014).
The cause of White Feces WFS in Vietnam was attributed to E.hepatopenaei (Ha et al, 2012), but this was later shown to be very unlikely based on closer study of natural and laboratory infections of E. hepatopenaei in Thailand.

– Thailand (Thitamadee et al., 2015).
laboratory tests on transmission by cannibalism did reveal that transmission was not accompanied by white feces even though EHP is often found in shrimp exhibiting White Feces. There is some possibility that EHP may be a component cause or predisposing agent for White Feces. 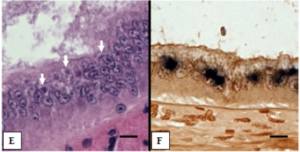 Comparative prevalence of EHP in P. vannamei collected from ponds with and without white faeces syndrome (Rajendran et al., 2016)

Link with other Vibrio infection, such as Septic Hepatopancreatic Necrosis. Histology of 100 shrimp collected from 19 grow-out pond in 2015-2016.
SHPN = generalized atrophy of the hepatopancreas tubules with multifocal necrosis and hemocytic nodules, some melanized (Aranguren et al., 2017)

– Poor preparation of pond
– Incorrect biosecurity measures prior stocking, aiming at both viruses and bacteria
– Unstable phytoplankton
– Algal bloom and crash, stressing shrimp
– Incorrect N:P balance supporting the growth of cyanobacteria
– Poor management
– Insufficient aeration to maintan DO > 4 or 5mg/L (1HP for 300-400Kg)
– No control of ammonia and nitrite
– No control of sulphide WFS 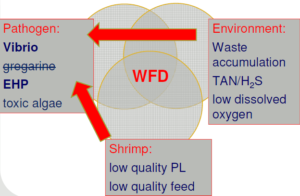 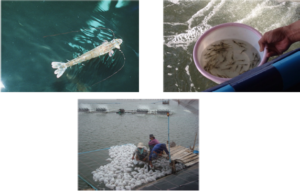 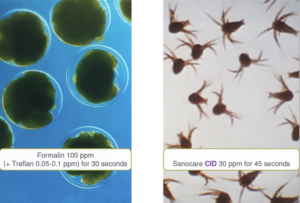 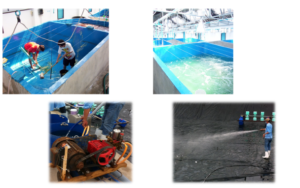 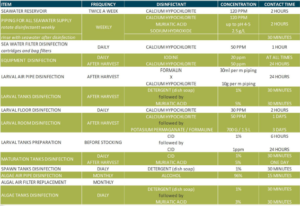 Pond sediment treatment:
– Apply CaO (quick lime,burnt lime, unslaked lime or hot lime) at 6 MT/ha
– Plough the CaO into the dry pond sediment (10-12 cm) and then moisten the sediment to activate the lime
– Leave for one week before drying or filling
– After application of CaO, the soil pH should rise to 12 or more for a couple of days and then to the normal range as it absorbs carbon dioxide and forms CaCO3 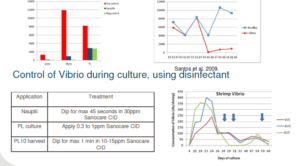 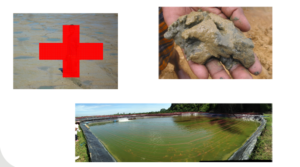 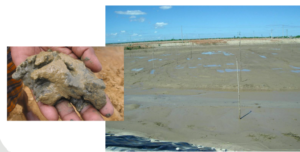 Ongrowing
– Control Vibrio load in the sediment/water, using probiotics that are and remain active in the farm conditions 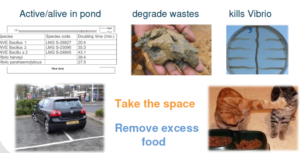 – Control Vibrio load in the sediment/water, using probiotics that are and remain active in the farm conditions

Less Vibrio in the sediment 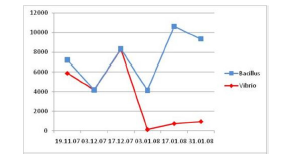 – Prevent pathogen(s) transfer from one phase to the other
– Focus on EHP and Vibrio
– Prevent pathogens from (re)colonizing shrimp through waste removal/control
– Consider nutrition, health and environment

Previous Post: Future Trends in Shrimp Breeding and Genetics
Next Post: Why do we need selective breeding of indigenous shrimp species in India?