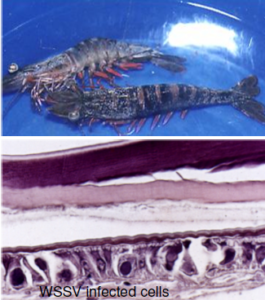 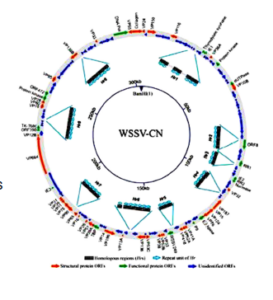 A losing battle for shrimp infected with WSSV

The host ROS can be neutralized at initial stage of infection

How does the virus do that ? 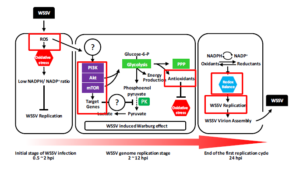 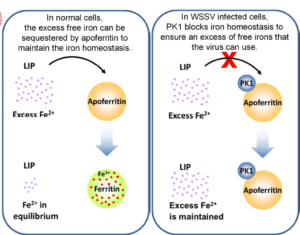 The defense proteins (e.g. NFkB and STAT) can even be co-opted by the WSSV IE1 gene

The outcome of stocking a pond with WSSV carriers 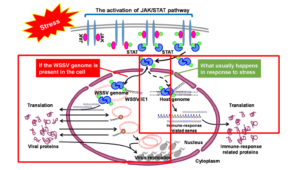 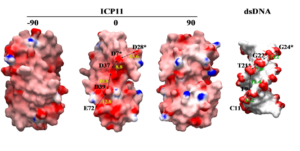 How does ICP11 work 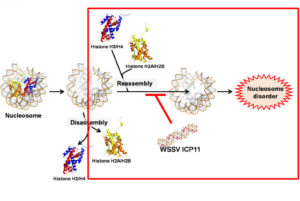 The shrimp can be overwhelmed by ICP11 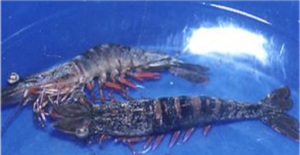 When ICP11 is being expressed, the infection will very quickly lead to the death of the shrimp

From WSSV Emergence to Global Pandemic

Looking beyond Diagnosis and Quarantine

Looking beyond Diagnosis and Quarantine

What can we do to help the host more successfully defend itself against WSSV?

Interventions that help shrimp in the arms race against WSSV

We are primarily interested here is resistant shrimp – that is, shrimp in which the virus is unable to replicate.

We are primarily interested here is resistant shrimp – that is, shrimp in which the virus is unable to replicate. 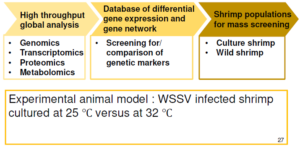 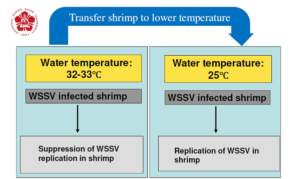 Identifying the host genes that are critical for virus replication 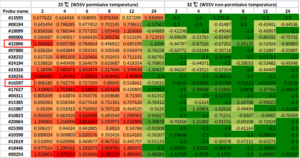 What happens when the viruspromoting genes are silenced

If either of these two virus- promoting genes was silenced, the virus no longer replicates. A single gene is sufficient to control virus replication. 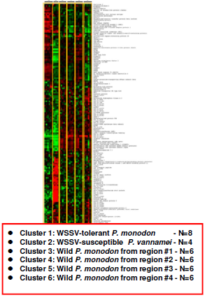 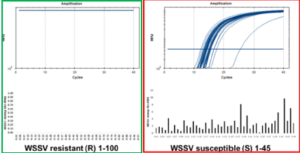 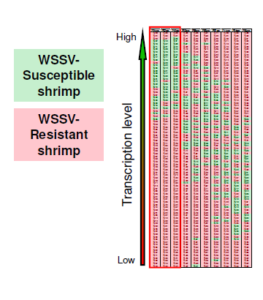 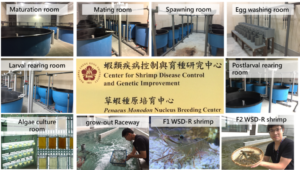 We have established an indoor culture facility with a high level of biosecurity and a closed circulation water system. 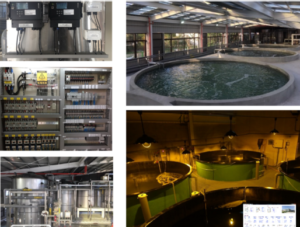 This system has smart control system for the water quality and light. Using this system, we can support the resistant shrimp through their complete life cycle, and thereby producing their F3 generations of resistant lines 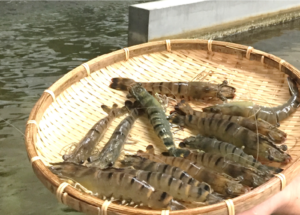 Could the WSD-resistant trait be passed on to the next generation? 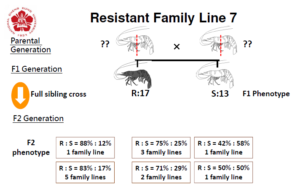 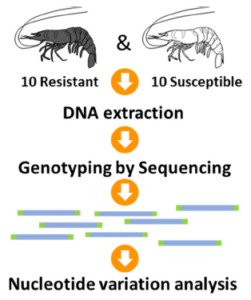 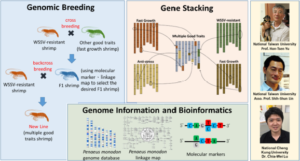 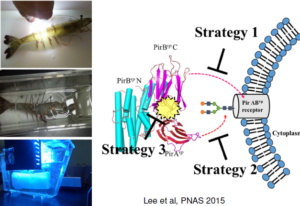 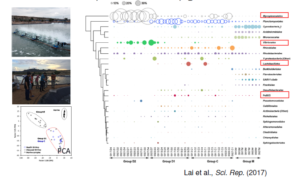 So we have seen that: These resistant shrimp do not allow replication of the virus.

And also that: The SNPs are vital for our marker –assisted breeding program because we can now identify resistant shrimp without having to challenge them.