April 2018 has been yet another month that the industry would love to forget about. Shrimp prices further dropped catastrophically during the month despite indications in the previous month that a minimum price would be maintained for different counts. The drop in prices of 100 C shrimp (for which the prices had been more or less stable over the last 5 years) has been a big blow to the farmers. A comparison of Shrimp prices between January 2018 and April 2018 is tabulated below: 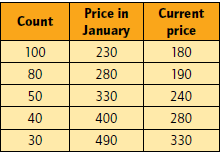 By the end of April 2018, harvests have been completed in close to 80% of the ponds in East and West Godavari districts of Andhra Pradesh at sizes of 10-15 gm. Fresh stocking of seed for the next crop is reported to be very slow and several farms in West Godavari district are either idle or switching over to farming fish. Though White faeces and Running mortality continue to torment, farms in Krishna and Guntur districts continue to take the crop forward anticipating atleast a marginal increase in price.

There are mixed reports on the growth in Tiger Shrimp farms in Guntur and Krishna districts. While some farms report growth of upto 20-25 gms in 90 days o culture, others have been able to register only around 16 – 18 gms in the same period. However, it is reported that buyers are offering upto Rs. 440/- per Kg of Black Tiger Shrimp in comparison to Rs. 280 for Pacific Whites of the same count. Famers are keeping their fingers crossed on the price trends when they commence harvest. If the price holds this year, a paradigm shift from Pacific Whites to Black Tiger Shrimp farming is likely to happen for the first crop of 2019. 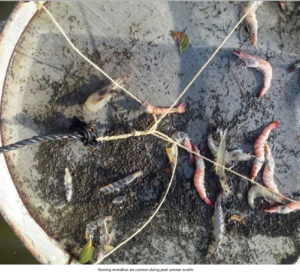 In Tamil Nadu, only 10% of the farms have been stocked in the major farming areas of Pattukottai. Most farms which had been well prepared for the season are ready for water filling but farmers are hesitant to stock as of now. They are likely to stock during the next crop if there is any indication in the increase in Shrimp prices. In Sirkazhi and Chidambaram areas several farms lost crops due to problems associated with low dissolved oxygen (DO) level. Maintaining optimum DO levels are likely to be critical in May and June if the farmers have to obtain good crops.

In Odisha, expansion of Shrimp farming area has not been to the extent anticipated. Only around 25 % of the proposed expansion area has been developed. A continuous spell of rain for a period of 10 days to
two weeks as well as decreasing prices contributed to the above. Stocking of seed continued till the second week of April 2018 and later tapered off. No further stocking of seeds is expected in Odisha for the next couple of months.

In West Bengal, 80% of the farms had completed seed stocking by the second week of April. Subsequently the demand for vannamei seed has come down drastically though there are reports on stocking of Black tiger shrimp in some areas. Harvests of ponds stocked early this year has commenced. 50 and 60 count shrimps are being harvested at Rs. 255 and Rs. 235 respectively.

In Gujarat stocking has been completed in around 70% of the farms and culture is in progress Over 50 million seed of Black Tiger Shrimp from Chennai is also reported to have been stocked in farms of Valsad area
at densities of 20-25 pcs/ m2. Though no major WSSV outbreaks are reported, most of the older ponds are besieged with problems associated with high summer temperatures and high salinities; white faeces, cramping and slow growth. Several ponds have been harvested owing to low DO and farmers are waiting for the monsoon showers to
bring relief. 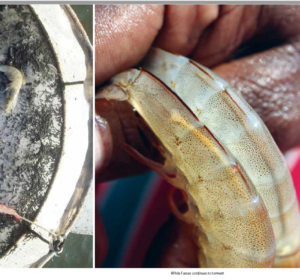 Impact of Shrimp Prices on Hatcheries

Shrimp prices have had a massive impact on stocking of seed for the next crop. It is reported that while most farms all over the country, especially those in the East and West Godavari districts of Andhra Pradesh have delayed/deferred stocking for the time being, others are seriously considering a crop holiday. Several farms have already stocked freshwater fish in their ponds for the rest of the season.

As a result of this, offtake of seed from the hatcheries during the period has been extremely poor. Seed prices have crashed to less than 20 paise/seed. It is reported that most hatcheries have drained out several millions of the seed produced due to lack of buyers. Maturation of broodstock has been temporarily suspendedin several hatcheries and sourcing of nauplii for stocking has been ceased. It is estimated that close to 2 billion seedswould have been drained from hatcheries across India from the 2nd week of April 2018 till the end of the month.

Farmed shrimp requires optimum Dissolved oxygen levels (DO) levels in the ponds for normal feeding, good growth and survival. Prolonged exposure to the low DO stress the shrimp making it more susceptible to disease and also inhibits feeding and growth. Instances of mass mortalities in Shrimp ponds due to low Dissolved Oxygen (DO) levels during peak summer months are very common. Therefore it is very essential
to take effective management measures to keep DO at optimum levels during the period. The total oxygen requirement in the pond depends on number of factors including; 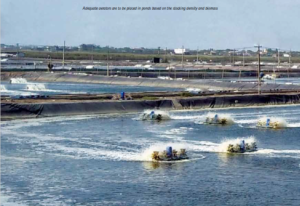 Oxygen is generated in the pond by the process of photosynthesis that takes place in the phytoplankton bloom. The phytoplankton produces oxygen in proportion to its density and the amount of sunlight. More sunlight means more phytoplankton and more oxygen. During summer, the oxygen concentration in the pond reaches to maximum in the late afternoon and thereafter decreases gradually to its minimum levels at dawn, the following morning.

For a healthy pond, a minimum DO of 5 ppm or mg/l is essential. Though shrimps may continue to feed at DO levels of 4 ppm, the feed consumed may not be translated to increase in bodyweight to the levels of the ponds where DO levels > 5ppm is maintained. If DO levels drop further to around 2-3 ppm, shrimps stop feeding altogether, become weak and stressed. Prolonged exposure of low DO of < 2mg/L will lead to mortalities and make the ponds prone to vibrio/other disease infections. Mass mortalities occur when DO levels are 1 ppm or less.

DO levels can also be enhanced/ maintained using equipment such as paddle-wheel/diffuser aeratorsand/or blowers. Supplementalaeration is required only when shrimp biomass exceeds 0.2 kg/m2 (approx. 800 Kg in an acre pond) or when around 16 kg feed/day is administered in a pond of 1 acre (4000 m2) and the water quality is maintained well. Aeration of around 1 HP is advised for 250 Kg biomass, i.e., 4 HP aeration is to be provided to the pond if the biomass is 1 metric ton.

It is always better to stock sufficient quantities of pond saving chemicals such as Hydrogen peroxide, Oxygen enhancers available commercially, additional aerators/blowers, standby power backup systems etc., so that in an emergency, mortalities can be prevented and each and every pond can be saved. 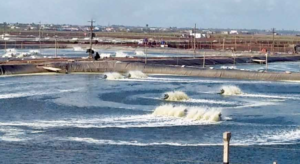 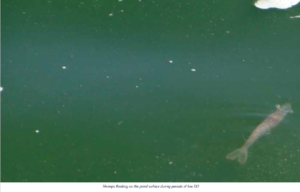 The following measures are advised to recuperate the ponds that had a DO drop/shock or had a sudden plankton crash.